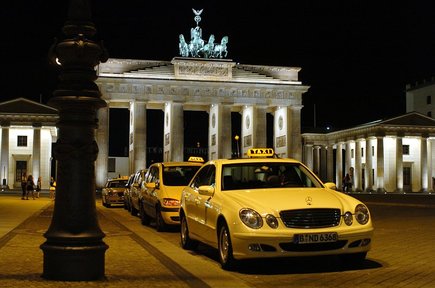 Last I night took a taxi to café Einstein.
The driver was a black man from the US.
“I assume you have been in the US army,” I said.
“Yes,” he said.
“What was your rank?” I asked.
“Sergeant,” he said.
I told him that I was embedded with the US army in Iraq twice. He wasn’t impressed.
“I have never been to a war zone,” he said. “Berlin is better than Baghdad.” He laughed.
Then he looked at me and he asked: “What do you know about 9/11?” “What do you mean?” I answered.
“Well,” he said, “you know. Some say it wasn’t the Arabs. It was the CIA. Some experts told me that it was a controlled explosion.” “Experts?” I asked.
“In the army we have guys who know lots and lots about controlled explosions. They do it everyday.” I paid and I got out of his taxi.
He appeared to be a nice man, but I was a bit shocked to hear these statements about 9/11 coming from a former US soldier.
The conspiracy theory is widespread. Paranoia is as common as the flu. Not a very healthy sign for liberal democracy.