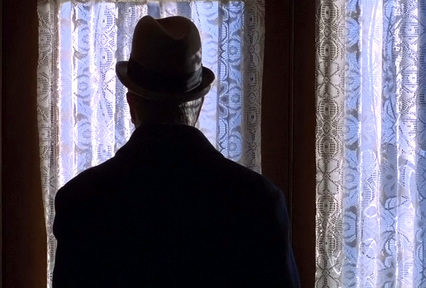 A friend alerted me to this article in the Times: “He told stories of growing up on Manhattan’s Sutton Place, of getting into Yale at 14 and of his work as an astrophysicist, venture capitalist or movie producer, depending on his whim.
And Boston listened.
To his wife and everyone else here, Christian Karl Gerhartsreiter was known as Clark Rockefeller — presumably a member of one of the nation’s richest and most storied families.
But that persona disintegrated on a Back Bay street last summer when, on his first custody visit with his daughter after a bitter divorce, Mr. Gerhartsreiter pushed aside a social worker who was supervising, jumped into a waiting car with the 7-year-old girl and fled. That led to an international manhunt and, prosecutors say, the unveiling of a life’s worth of spectacular lies.
This most erudite of cities, where Mr. Gerhartsreiter had made his home since 2006, will be watching closely when he goes on trial here this week, seeking an explanation of how he could have fooled his former wife, a graduate of Harvard Business School, and so many others for so long.
Six days after his disappearance, investigators arrested Mr. Gerhartsreiter in Baltimore, where he told them he had hoped to start a new life with his daughter, Reigh. According to court documents, he had presented himself to real estate agents in Baltimore as Chip Smith, a ship’s captain who was moving with his daughter, Muffy.
Soon after the arrest, investigators matched a fingerprint he had left on a wine glass to one from an old immigration document; they said he was a German citizen who had come to the United States as an exchange student in the 1970s, and never left.”

But another friend brought Louis Begley’s review on James Park Sloan’s biography on Jerzy Kosinski to my attention.
Mr. Begley wrote in that review: “Nice people who don't tell lies are not likely to write great novels.”

From time to time it’s important to remember this truth.