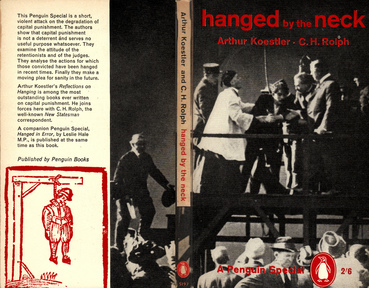 A couple of days ago my friend Mark alerted me to this article by Timothy Snyder in the NYRB. It took me a while to finally read the article, which is highly recommended. Mr. Snyder poses important and interesting questions about the difference between memory and history and the disturbing role literature can play in distorting history.
Mr. Snyder writes: “Auschwitz as symbol of the Holocaust excludes those who were at the center of the historical event. The largest group of Holocaust victims—religiously Orthodox and Yiddish-speaking Jews of Poland, or, in the slightly contemptuous German term, Ostjuden—were culturally alien from West Europeans, including West European Jews. To some degree, they continue to be marginalized from the memory of the Holocaust. The death facility Auschwitz-Birkenau was constructed on territories that are today in Poland, although at the time they were part of the German Reich. Auschwitz is thus associated with today's Poland by anyone who visits, yet relatively few Polish Jews and almost no Soviet Jews died there. The two largest groups of victims are nearly missing from the memorial symbol.”

And also: 'Yet as Auschwitz draws attention away from the still greater horrors of Treblinka, the Gulag distracts us from the Soviet policies that killed people directly and purposefully, by starvation and bullets. Of the Stalinist killing policies, two were the most significant: the collectivization famines of 1930–1933 and the Great Terror of 1937–1938. It remains unclear whether the Kazakh famine of 1930–1932 was intentional, although it is clear that over a million Kazakhs died of starvation. It is established beyond reasonable doubt that Stalin intentionally starved to death Soviet Ukrainians in the winter of 1932–1933. Soviet documents reveal a series of orders of October–December 1932 with evident malice and intention to kill. By the end, more than three million inhabitants of Soviet Ukraine had died.
What we read of the Great Terror also distracts us from its true nature. The great novel and the great memoir are Arthur Koestler's Darkness at Noon and Alexander Weissberg's The Accused. Both focus our attention on a small group of Stalin's victims, urban Communist leaders, educated people, sometimes known in the West. This image dominates our understanding of the Great Terror, but it is incorrect. Taken together, purges of Communist Party elites, the security police, and military officers claimed not more than 47,737 lives.
The largest action of the Great Terror, Operation 00447, was aimed chiefly at "kulaks," which is to say peasants who had already been oppressed during collectivization. It claimed 386,798 lives.'

And not to forget:

“Poland's capital was the site of not one but two of the major uprisings against German power during World War II: the ghetto uprising of Warsaw Jews in 1943, after which the ghetto was leveled; and the Warsaw Uprising of the Polish Home Army in 1944, after which the rest of the city was destroyed. These two central examples of resistance and mass killing were confused in the German mass media in August 1994, 1999, and 2004, on all the recent five-year anniversaries of the Warsaw Uprising of 1944, and will be again in August 2009.”

So far for the fact checkers.