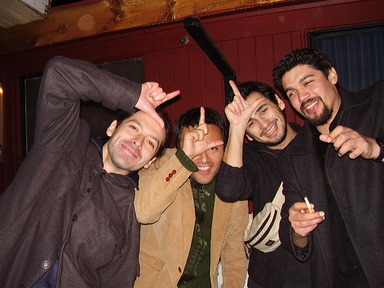 A while ago a friend sent me an e-mail. “Somebody called me a professional loser,” he wrote.

“Who is this person?” I asked.

My friend answered: “A wise man. I'm paying this man to talk to me.”

“You mean a psychoanalyst?” I asked.

Last night I had dinner with my friend and his girlfriend.
He stopped seeing his psychoanalyst. But he still calls himself “a professional loser”.
He doesn’t have a house anymore and he told me about a nightmare he had the other night. In this nightmare my friend was 40. He said: “It was such a relief that after waking up I realized that I was still 39. Two more months and then I’m 40.” He is one of the most charming men I’ve ever met. I consider hiring him, but I’m afraid I cannot afford paying him.
He is now thinking of becoming a teacher. His girlfriend said: “You cannot teach. You're good for nothing.”

But I would say that the art of losing is an important art.