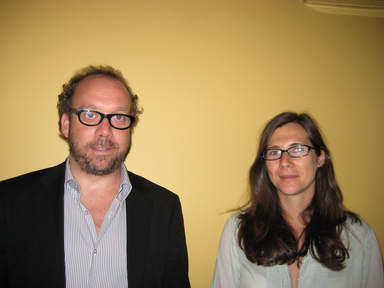 In the movie “Cold Souls” (directed by Sophie Barthes) a rather intelligent and apparently modestly successful actor, Paul Giamatti, decides to store his soul to get rid of his melancholia.
He read an article in The New Yorker about a company that gives well-to-do customers the possibility to store their soul in a warehouse in New Jersey and he reaches the conclusion that storing his soul might solve most of his problems.
Strangely enough it’s the trustworthiness of The New Yorker that gives credibility to the whole operation. It is because The New Yorker wrote about this company that Mr. Giamatti never comes to think: perhaps I’m the victim of a con game.
The movie tells us that most souls look like chickpeas or plums. This comes as a relief to me.
When everything is said and done, getting rid of Weltschmerz is getting rid of a chickpea.