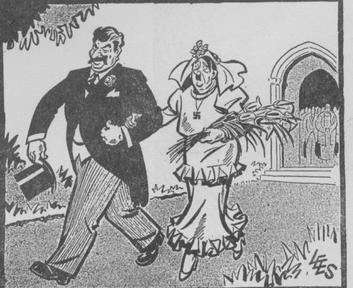 Anatol Lieven, a a professor in the War Studies Department of King’s College London, published an interesting defense of the Molotov–Ribbentrop Pact in this weekend’s Herald Tribune: "This leads to the question: If Stalin had declared war or risked war with Germany in 1939, and Hitler had extended his attack on Poland to an invasion of the Soviet Union, what would Britain and France have done to help? The answer is blindingly obvious: Just what they did to help Poland — nothing. As for the United States, its own absence in 1939 does not allow its representatives any right to take any position on these issues. Mr. Putin and other Russian representatives are perfectly entitled to point this out."

Mr. Lieven also added a postscript to the “Historikerstreit”: “As for the idea of moral equivalence between the history of Nazi Germany and of the Soviet Union as a whole, that should have been laid to rest by the way in which the Soviet Union withdrew peacefully from Eastern Europe after 1989, and then imploded itself — remarkably peacefully for such a huge state. This is not something that one can imagine Nazi Germany doing.”