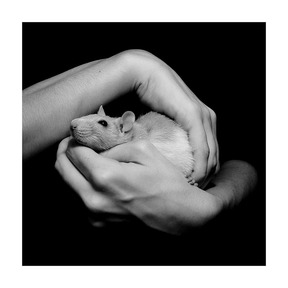 Hugo von Hofmannsthal writes in “The letter of Lord Chandos”: “Even now, after weeks, catching sight of that nut-tree, I pass it by with a shy sidelong glance, for I am loath to dispel the memory of the miracle hovering there round the trunk, loath to scare away the celestial shudders that still linger about the shrubbery in this neighbourhood! In these moments an insignificant creature-a dog, a rat, a beetle, a crippled apple tree, a lane winding over the hill, a moss-covered stone, mean more to me than the most beautiful, abandoned mistress of the happiest night. These mute and, on occasion, inanimate creatures rise toward me with such an abundance, such a presence of love, that my enchanted eye can find nothing in sight void of life. Every­thing that exists, everything I can remember, everything touched upon by my confused thoughts, has a meaning. Even my own heaviness, the general torpor of my brain, seems to acquire a meaning; I experience in and around me a blissful, never-ending interplay, and among the objects playing against one another there is not one into which I cannot flow.”

In this letter Lord Chandos explains why he is unable to continue writing. I wonder what we must think of a man who finds more meaning in a rat than in the happiest night with a mistress. (“In diese Augenblicken wird eine nichtige Kreatur, ein Hund, eine Ratte (…) mir mehr als die schönste, hingebendste Geliebte der glücklichsten Nacht mir je gewesen ist.”)

I also wonder what the mistress has to say about this revelation.