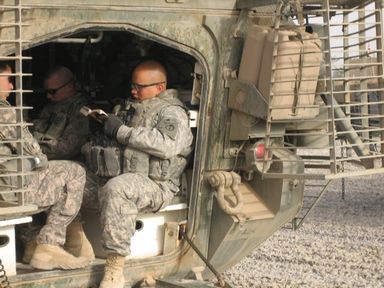 In today’s Herald Tribune Thomas Friedman writes: ‘All that said, I hope Mr. Obama will take this instinct a step further when he travels to Oslo on Dec. 10 for the peace prize ceremony. Here is the speech I hope he will give: “Let me begin by thanking the Nobel committee for awarding me this prize, the highest award to which any statesman can aspire. As I said on the day it was announced, ‘I do not feel that I deserve to be in the company of so many of the transformative figures who’ve been honored by this prize.’ Therefore, upon reflection, I cannot accept this award on my behalf at all.
“But I will accept it on behalf of the most important peacekeepers in the world for the last century — the men and women of the U.S. Army, Navy, Air Force and Marine Corps.
“I will accept this award on behalf of the American soldiers who landed on Omaha Beach on June 6, 1944, to liberate Europe from the grip of Nazi fascism. I will accept this award on behalf of the American soldiers and sailors who fought on the high seas and forlorn islands in the Pacific to free East Asia from Japanese tyranny in the Second World War.

“I Will accept this award on behalf of the American soldiers who stand guard today at outposts in the mountains and deserts of Afghanistan to give that country, and particularly its women and girls, a chance to live a decent life free from the Taliban’s religious totalitarianism.’

In general I’m not too fond of Thomas Friedman’s columns, but I could appreciate this provocation.