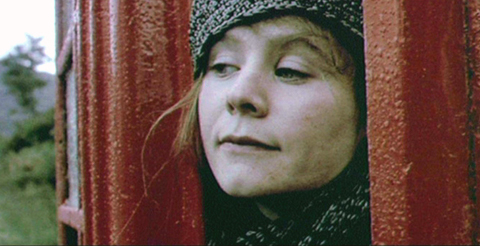 Anthony Lane writes in The New Yorker about “Antichrist”, the new movie by Lars von Trier: ‘The same applies to “Antichrist,” with a twist: it was sex that led to death in the first place. That’s why the movie is so self-involved, and leaves you fighting for breath, and why I believe von Trier when he describes the whole thing as a “dream film.” That would account for the want of logic, for the claustrophobia, and for the incantatory manner in which details loop round and recur. I can no more rid myself of the memory of the wife, in a glowing white dress, crossing a moonlit bridge, than I can of Arthur Rackham drawings in a book of fairy tales from my childhood. I feel the same way about the fox in the film; without warning, it speaks, and most people giggle at the sound, but we accept something similar in “Peter and the Wolf,” so why the derision here, since von Trier is clearly carving out a fable?’

A.O. Scott in the Times: The story is simple enough, and arises from a precipitating calamity laid out on the very first page of “Melodrama for Dummies”: the death of a child. During the sexual ecstasy of the opening scene, as a nameless couple played by Willem Dafoe and Charlotte Gainsbourg grapple on nearly every piece of furniture and appliance in their apartment, their son, a toddler, climbs from his crib and makes his way to an open window. He tumbles out, along with his teddy bear, at what seems to be precisely the moment of his mother’s orgasm.”

After having seen the movie I’m more on the side of A.O. Scott. I liked many of Lars von Trier’s movies. I admire “Breaking the Waves” and I cannot understand why I didn’t love "The Idiots”. I believe that it is ridiculous to accuse him of anti-Americanism based on “Dogville”. And in general I have nothing against genital mutilation in a movie, but the mutilation in “Antichrist” remains utterly gratuitous.
Anthony Lane claims that “Antichrist” is a fable but it is a weak fable. The violence and the sex are meant to cover up the weakness of this fable. But then again, even Lars von Trier is entitled to failure. I’m also glad he feels better.