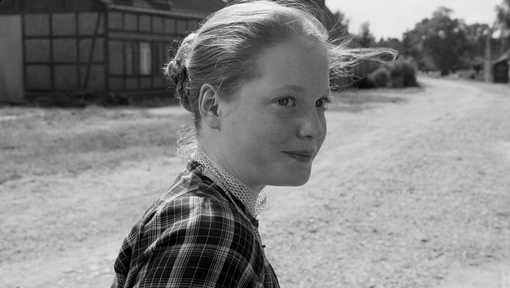 “The White Ribbon” is probably not Michael Haneke’s best movie, but it’s very much worth seeing.
If I’m not mistaken the movies makes two claims: 1. Sexual oppression leads to violence and sadism.
2. German culture was steeped in apathy, blood lust, obedience and brutality. (The movie takes place shortly before World War I in a German village.)

A.O. Scott has a point when he writes in the Times:

‘Monstrous as these daddies are, their children may be worse. A gaggle of towheaded darlings walks through the film, their mild smiles so sinister that they might have wandered in from the 1960 British science-fiction horror chestnut “Village of the Damned.” Anyone who has seen Mr. Haneke’s “Cache” or his twin versions of “Funny Games” will be aware that he does not believe in the blamelessness of youth. Quite the contrary: children, in his world, carry the sins of their parents in concentrated, highly toxic form, and are also capable of a pure, motiveless, experimental evil.
What will become of these particular blond children, who are either demons or victims, driven to mischief by severe paternal discipline or so intrinsically bad that no punishment could suffice? Do the math: it’s 1914. In 20 or 30 years, what do you suppose these children will be up to? Our narrator, well into old age, tells us that he is revisiting the strange events in the village to “clarify things that happened in our country” afterward.

But “The White Ribbon” does the opposite, mystifying the historical phenomenon it purports to investigate. Forget about Weimar inflation and the Treaty of Versailles and whatever else you may have learned in school: Nazism was caused by child abuse. Or maybe by the intrinsic sinfulness of human beings. “The White Ribbon” is a whodunit that offers a philosophically and aesthetically unsatisfying answer: everyone. Which is also to say: no one.’

Mr. Haneke is an analytical filmmaker, which makes his movies sometimes a bit cold. I appreciate his emphasis on lovelessness, but this time I could not help falling in love with the character of Eva, played by Leonie Benesch.