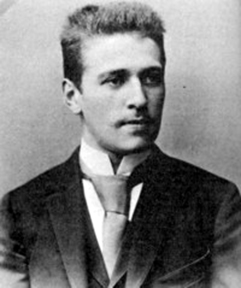 In the April 8 issue of the The New York Review of Books Charles Rosen writes about Hugo von Hofmannsthal: “As for Hofmannsthal, who fully understood the roots of the stylistic revolution of his time, but remained aloof after a few tentative moves, Walter Benjamin remarked about him soon after his death: ‘Hofmannsthal turned his back upon the task which emerges in his Lord Chandos letter. His “loss of speech” was a kind of punishment for this. Perhaps the language that escaped Hofmannsthal was the very language that was given to Kafka around the same time. For Kafka took on the task which Hofmannsthal had failed morally, and therefore also poetically, to fulfill.’”

It can be a relief for an author and for his audience to believe that the author's moral obligations are equal to his poetic obligations.

After all, we very much want a good writer to be a good human being.