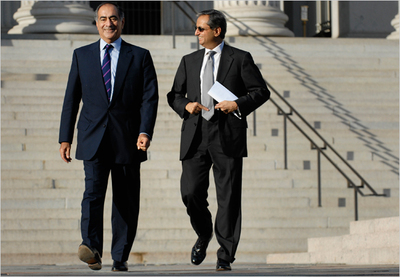 In Sunday’s NY Times Book Review Josef Joffe reviewed Tony Judt’s “Ill Fares the Land”. I haven’t read Judt’s book yet, but there was a paragraph in Joffe’s review, not so much connected to Judt’s book, that struck me as right: 'But enough of the fact-slinging. The central problem with “Ill Fares the Land” is a classic fallacy of the liberal-left intelligentsia, more in Europe than in the United States. Call it the “Doctor State Syndrome.” The individual is greedy, misguided or blind. The state is the Hegelian embodiment of the right and the good that floats above the fray. But the state does not. It is a party to the conflict over “who gets what, when and how,” to recall Harold Lasswell’s definition of politics. It makes its own pitch for power; it creates privileges, franchises and clienteles. This is why it is so hard to rein in, let alone cut back. The modern welfare state creates a new vested interest with each new entitlement. It corrupts as it does good.'

The fact that the state is a party to the conflict is easily forgotten in a time where we are all suspected of greediness, except for the state itself.