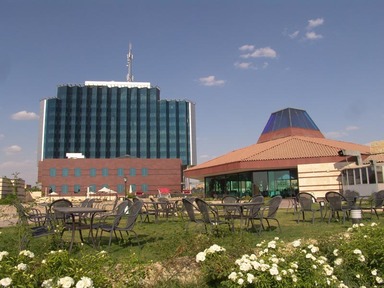 An update on the killing of the journalist Zardasht Osman – in today’s Times Sam Dagher writes: Hundreds of university students tried to storm the local Parliament building here in the capital of the semiautonomous Kurdistan region on Monday during an angry protest against the recent abduction and killing of a Kurdish journalist.
The journalist, Zardasht Osman, 23, had been critical of the authorities and the entrenched patronage system, and many of the protesters accused security and intelligence forces of being behind the killing.
The students scuffled with baton-wielding riot police officers. Some waved their shoes and threw water bottles and pieces of broken glass at soldiers and police officers.
“Whose hands are stained with the blood of Zardasht?” they asked.
Mr. Osman, a freelance journalist and student, was kidnapped last week at the entrance of his college in Erbil. He was later found dead with two bullets in the head on a highway in Mosul, about 50 miles to the west.

Since December Mr. Osman had written satirical articles mocking Mr. Barzani, including one titled “I Am in Love With Barzani’s Daughter,” which appeared to violate local taboos.’

I’m in love with Mr. Barzani’s daughter as well.