Waiting to be captured 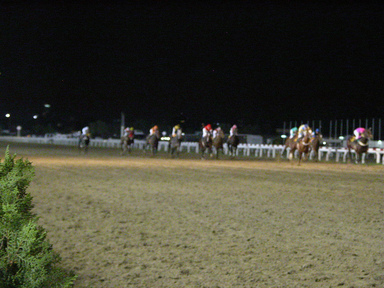 In his readable book “The Accidental Masterpiece – On the Art of Life and Vice Versa” Michael Kimmelman writes: “Art is out there waiting to be captured, the only question being whether we are prepared to recognize it.”

The last thing we did in Buenos Aires was going to the horse races. We bet a mere ten pesos on horse number 4 and horse number 1.
Shortly after food poisoning set in.