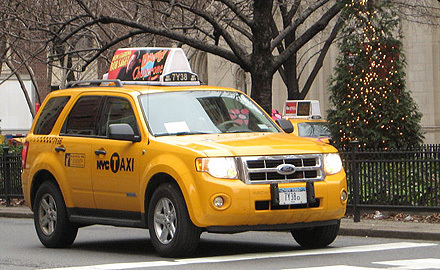 This evening, a man stormed out of a cab in front of my building. He was wearing a suit and he walked decisively towards Park Avenue.
Two seconds later a woman came out of the cab as well.
“You can’t do this to me,” she shouted. “You can’t leave me alone with the bill.” The woman was dressed more casually than the man.
She started running after the man.
They were both in their early thirties.
The cab was waiting. The bill had not been paid yet, that much was clear.
I thought of an evening a while ago when a woman with whom I was having dinner stormed out of the restaurant.
I hate these fights in public.
There are hotel rooms for fights and sex -- and murder, if necessary.