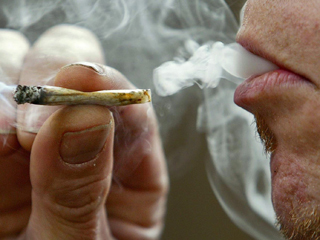 In today’s Times: “An atheist blogger whose postings satirizing the Koran set off an uproar in the Arab world has been arrested by the Palestinian authorities and faces a possible life sentence if convicted of heresy, officials said. The blogger, Walid Husayin, 26, a barber from Qalqilya, is suspected of posting atheistic rants on English and Arabic blogs and creating three Facebook groups where he spoofed the Koran, including by declaring himself God and ordering his followers to smoke marijuana. Mr. Husayin has been detained but not charged, a Palestinian security spokesman said.”

I’m all in favor of a Palestinian state, but I hope that the state will allow its citizens to declare themselves God and to order their followers to smoke marijuana.

Unfortunately I’m not God myself, but I’m his favorite nephew.