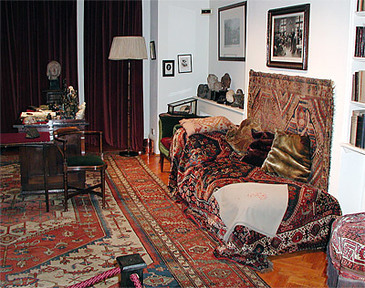 The August 2010 issue of Harper’s Magazine (I’m working my way through old magazines) published a conversation via e-mail between psychologist Arabella Kurtz and J.M. Coetzee. The e-mail exchange was originally published in the magazine Salmagundi.
Coetzee wrote: “Freud—rather touchingly, it now seems to me—believed, at least during the more optimistic phase of his career, that once we understand how our present has been determined by our past, our past will cease to hunt us. This is a belief with which I have a great deal of sympathy, even though I know that therapeutic practice has demonstrated it to be (largely) false.”

It’s a belief with which I have a great deal of sympathy as well. Even though I assume that it’s better to be hunted by the past than by the present. And most of us prefer the ghosts of the past to fear of the future.