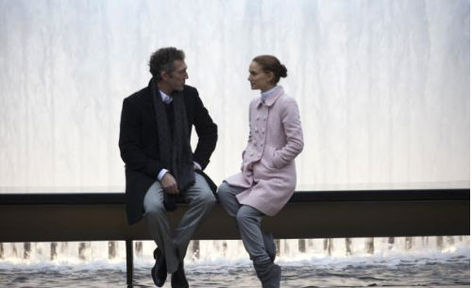 Kartina Richardson wrote about Darren Aronofsky’s movie “Black Swan”: ‘Sitting in a coffee shop I heard a man say: “I saw Black Swan the other night. It was trash. Elevated trash, but trash.” When you see a good movie, a very good movie, it’s difficult to remember that the film is not objectively extraordinary.
“Black Swan was great.” You say to yourself and aloud.
You are certain the world agrees. Summer is hot, winter is cold, and Black Swan is a great film. Now this isn’t exactly evidence you are feeling superior. Superiority means knowing there exists another lesser point of view over which yours rises supreme. If you cannot even fathom an opposing view it is beyond arrogance. It is pure solipsism.
So, if you are sitting in a coffee shop and you hear a man say: “I mean it was just awful. Natalie Portman was sweating beads, and blood and just really straining for an Oscar. I don’t like it when actors strain. When you have to strain to do it, when it’s not natural, it’s just fake to me.” The world will crack in two.’

“Black Swan” is over the top, the movies goes off the rails, which is another way of saying that “Back Swan” is rather baroque, other people might use the word “kitschy”.
But despite some obvious shortcomings, I was smitten with “Black Swan”. The movie raises important questions about the relationship between art and destruction and art and identity.
And ever since I saw the movie “Closer” I have a weak spot for Natalie Portman.