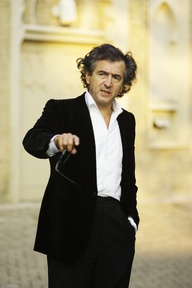 In a review on “Public Enemies – Dueling Writers Take On Each Other and the World” by Bernard-Henri Lévy and Michel Houellebecq Ian Buruma writes: “But not before BHL does a wonderful parody of philosophizing, that is, saying something quite banal in a very complicated way. Talking about “that dimension of intersubjectivity on which Epicureanism (and Leibnizianism too, for that matter) founders,” he deduces that “what is in one today will be in another tomorrow, that by the end of our exchanges that which forms part of my essence at the moment of my writing to you may perhaps have entered yours.” In short, people influence one another.”

I’m afraid that too much philosophy is a parody of philosophy.