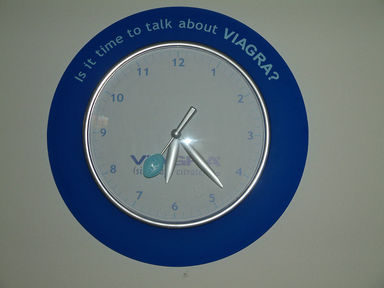 A few days ago in the International Herald Tribune:

“The proliferation of Viagra may reflect a worldwide decline in sexual satisfaction. A global sex survey of 13,000 people in 27 countries by Pfizer found that couples around the world have sex an average of 6.5 times a month and that half of all couples were not satisfied with their sex lives.
Mexicans were the happiest in bed, with 74.5 percent declaring they were satisfied, followed by Brazil with 64.5 percent and Spain with 56.6 percent. Only 51 percent of Spaniards said they had sex at least once a week, and a majority of the men complained that they were disappointed with their erections.

A study last year by the University of Chicago showed that couples in Thailand, China, Indonesia, Taiwan and Japan reported the lowest levels of sexual satisfaction in the world. Turkey, Egypt and Algeria were in the middle.
In regions where men are traditionally more dominant, such as the Middle East and East Asia, both men and women complained of sexual frustration.”

I think we all should thank Pfizer for this survey.

Now here’s the Grunberg survey: 1. Are you satisfied with your sex life? 2. Do you use Viagra? 3. Have you recently bought Pfizer on the stock market?