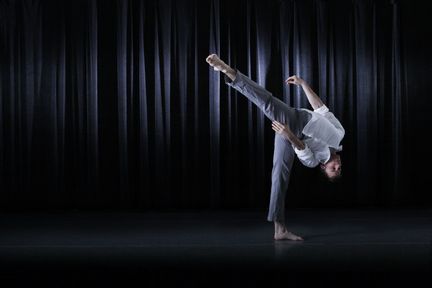 This morning I went to a dance studio in SoHo to watch the work in progress of a choreographer, or to be more precise two choreographers, Wally Cardona and Jennifer Lacey.
Wally and Jennifer were seeking comments from non-dance experts on their production. I was intrigued by this method, that’s why I decided to participate. Wally told me that one of the more fruitful encounters has been with a sommelier.
After the show and after an interesting conversation – I’d expected more from myself but alas – Wally asked me to comment while he was dancing.
“Act as if you are a sport reporter and describe what you see,” he said.
That’s what I did.
I felt embarrassed.
My commentary was so vulgar compared to what was happening on stage.
Perhaps I would have done slightly better in Dutch or German, but in the end I believe there is no fair competition possible between body and verbal language.