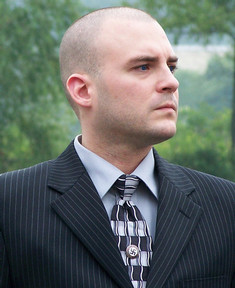 An interesting article by Jesse McKinley in today's Herald Tribune about the death of a white supremacist: ‘The police say that the killing was intentional, but that the motives behind it are still not fully understood. But whatever the reason, it has cast fresh light on the fringe group to which Mr. Hall devoted his life: the National Socialist Movement, the nation’s largest neo-Nazi party, whose message stands in surreal juxtaposition to the suburban, workaday trappings of many of its members.
Mr. Hall, who led a chapter of the group in Riverside, Calif., east of Los Angeles, had predicted that his political activities — in a world rife with hatred, suspicion and violence — would lead to his demise.
“I want a white society,” Mr. Hall said. “I believe in secession. I believe in giving my life for secession.” What he could never have expected was that his death might come at the hand of his son, whom he was steeping in his beliefs of white supremacy and its obsessions with weapons, racist speech and Nazi regalia.’

This could be material for a play or a novella.