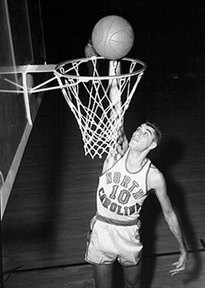 Neal Pollack in The Times on self-publishing: ‘Many thousands of years ago, when I was still a whelpish newspaper reporter in Chicago, I did a short profile of a retired television repairman who’d written a memoir entitled “The Perilous Life of Boris B. Gursky.” As a boy in Ukraine, Gursky said, he was stepped on by a horse; when he was a young man in Mexico, his stepfather had tried to murder him; and when he was a middle-aged man in Chicago, his ex-wife had clawed his face with her fingernails and threatened him with a loaded pistol. Most perilously, Gursky suffered from prostate cancer. He wrote, “My body had become so sensitive from staying too long in an environment surrounded with radiation from television sets.” The book clocked in at fewer than 150 pages. Gursky produced it through a vanity press that he’d seen advertised in Writer’s Digest. They sent him a booklet containing a few basic editorial instructions and charged him $10,000. He mailed copies to the Elgin, Ill., public library, the White House and everyone in the United States who shared his last name. Such was the state of self-publishing in 1995.’

‘It’s unlikely that such riches will reach me, but I’ve decided to give self-publishing a try myself. It seems to be what the kids and Barry Eisler are doing. Within a month or so, I’ll finish the first draft of a short novel. Sometime soon after, I plan to release it as an e-book, and there may be a limited-edition print run. We’ll see what happens from there.
I wouldn’t necessarily recommend this to a first-time author. A self-published book is almost certainly going to end up on the digital slush pile, with fewer readers than the average blog post. But for a writer like me, which is to say, most working writers — midcareer, midlist, middle-aged, more or less middlebrow, and somewhat Internet savvy — self-publishing seems to make a lot of sense at this point.’

I sympathize with Mr. Pollack, but his decision says more about the state of the publishing industry than about the economics of self-publishing.

Here is more about Mr. Pollack’s book: ‘My self-published product may not be the easiest proposition for mainstream publishers. It will be short, it’s about Jews and basketball and bumbling fascists, doesn’t involve teenage vampire sex or the Knights Templars, and wouldn’t be likely to sustain a $9.99 download price, which is the low end of what publishers are charging now for new e-books. Here are the economics: I’m going to charge five bucks, or $4.99 a download.’

Jews, basketball and bumbling fascists for $4.99 – I would say it’s a bargain, I’m going to download the book.