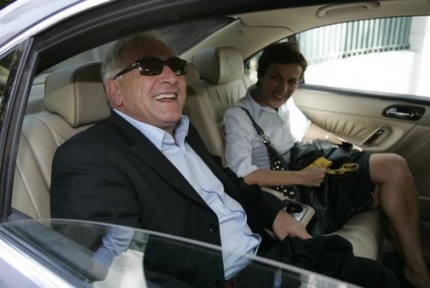 Roger Cohen on conspiracy theories: “And now we have the Dominique Strauss-Kahn sexual assault case, viewed, it seems, by close to 60 percent of French society as a conspiracy against the putative Socialist presidential candidate — a sting operation that somehow placed a West African immigrant maid in a $3,000 a night Sofitel suite whose number, 2806, corresponds to the date of the opening of the Socialist party primaries in France (06-28).
Oh, s’il vous please! A rough rule goes like this: The freer a society the less inclined it is to conspiracy theories, while the greater its culture of dependency the more it will tend to see hidden hands at work everywhere.”

“Conspiracy theories are the refuge of the disempowered.”

Mr. Cohen might be right. The conspiracy theory is based on the overestimation of human power. If you are in power you know the limits of power quite well, at least that's my assumption.