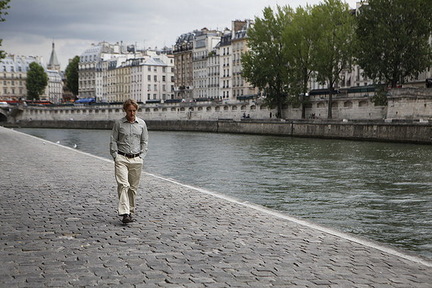 The last time I had been to the movies was in April.
Tonight I finally made it to the new Woody Allen. The critics raved about “Midnight in Paris”.
I was disappointed.
The movie is partly a morality tale (the past is not the past, the present might be a golden age in 100 years) and partly a slick commercial for Paris.
Yes, Hemingway is great and so are Mr. and Mrs. Fitzgerald.
And it’s a delight to see Mme. Sarkozy act in a Woody Allen movie, at least for some people.
I hope that Woody Allen will cast Mr. Berlusconi in his new movie. I’m pretty sure Mr. Berlusconi is as talented as Mme. Sarkozy.