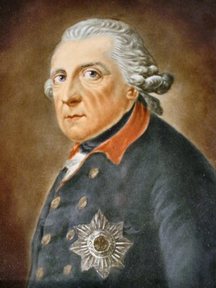 Caroline Weber reviews Marc Fumaroli’s book “When The World Spoke French” in Saturday’s Herald Tribune: ‘Duly associating Frenchness with class privilege, the Francophile king Frederick the Great of Prussia pointedly spoke his native German only to stable-boys and horses.’ (…)
‘But according to Fumaroli, the old-school sophistication of French still holds sway among a small, if obscure, international elite. “It is,” he concludes, “in this clandestine worldwide minority . . . that today resides, . . . unknown to the majority of the French, the life and future of their irreplaceable idiom, qualified as a literary language and the language of ‘good company.’” For those looking to join this latter-day “banquet of enlightened minds,” “When the World Spoke French” is an excellent place to start.’

The language of good company, that’s definitely a language we need. I would love to meet members of that obscure, international elite. Perhaps I’ve met them already but they refused to disclose their membership to me.