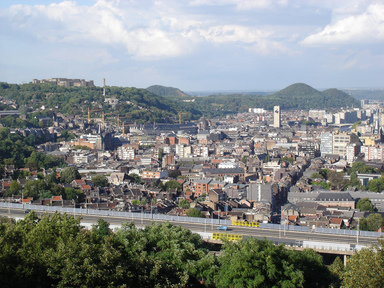 Friday afternoon at 16:30 -- exactly as I was told -- I entered Bookstore Fnac in the Belgian city of Liège.
Together with Ms. Vanderbeke (a German author) I was going to answer questions from Dutch and French speaking students.
The translator did such a poor job that after a while a woman in the audience took over.
Halfway the session I decided to speak French myself. It’s not without reason that I take French lessons in New York since the fall of 2002. I must give my teacher a reason to be proud of me.
Also I spotted an intelligent nun in the audience, her name I believe was Sister Marianne.