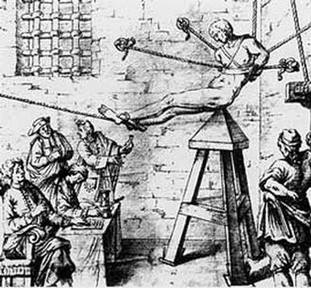 A friend alerted me to this article by Joel Marks: ‘But then it hit me: is not morality like this God? In other words, could I believe that, say, the wrongness of a lie was any more intrinsic to an intentionally deceptive utterance than beauty was to a sunset or wonderfulness to the universe? Does it not make far more sense to suppose that all of these phenomena arise in my breast, that they are the responses of a particular sensibility to otherwise valueless events and entities? So someone else might respond completely differently from me, such that for him or her, the lie was permissible, the sunset banal, the universe nothing but atoms and the void. Yet that prospect was so alien to my conception of morality that it was tantamount to there being no morality at all. For essential to morality is that its norms apply with equal legitimacy to everyone; moral relativism, it has always seemed to me, is an oxymoron. Hence I saw no escape from moral nihilism.
The dominoes continued to fall. I had thought I was a secularist because I conceived of right and wrong as standing on their own two feet, without prop or crutch from God. We should do the right thing because it is the right thing to do, period. But this was a God too. It was the Godless God of secular morality, which commanded without commander – whose ways were thus even more mysterious than the God I did not believe in, who at least had the intelligible motive of rewarding us for doing what He wanted.’ (…)

‘So nothing has changed, and everything has changed. For while my desires are the same, my manner of trying to implement them has altered radically. I now acknowledge that I cannot count on either God or morality to back up my personal preferences or clinch the case in any argument. I am simply no longer in the business of trying to derive an ought from an is. I must accept that other people sometimes have opposed preferences, even when we are agreed on all the relevant facts and are reasoning correctly.’

I guess Mr. Marks is saying that we have to acknowledge that there is not a real distinction between God and morality and that we should trust our intuition instead of relying on a set of moral principles.

We should not say: “This is immoral.”

But I’m afraid that morality is making a comeback in disguise.