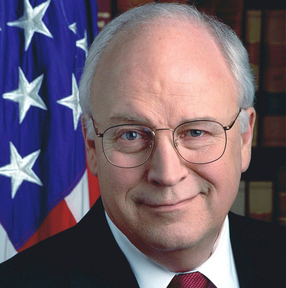 Samantha Henig on Cheney and dreams in The New Yorker:

‘Dick Cheney is not a man to fall silent for long. Less than a full term out of office, the former veep is making noise with his memoir, “In My Time.” The book comes out next week, but the New York Times has obtained a copy and published some of the highlights: Cheney encouraged George W. Bush to bomb a suspected Syrian nuclear reactor site in June, 2007; he had offered to resign several times before the 2004 reëlection campaign; and even before that, he had written a letter of resignation, dated March 28, 2001, in case his heart should fail.
There’s also this, from the Times:

In the epilogue, Mr. Cheney writes that after undergoing heart surgery in 2010, he was unconscious for weeks. During that period, he wrote, he had a prolonged, vivid dream that he was living in an Italian villa, pacing the stone paths to get coffee and newspapers.’

Mr. Cheney turns out to be a modest man. All he wants from life is an Italian villa where he can read a newspaper while sipping coffee.