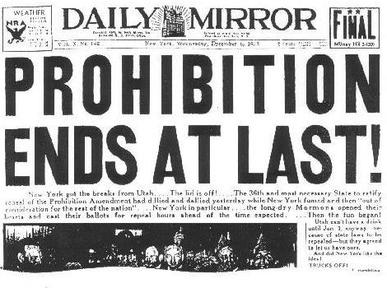 An interesting article by Timothy Egan: “We are about to get a full immersion in that great moralistic experiment from 1919 to 1933, a generator of crime not just vast and organized, but vertically integrated from street thugs to judges. “Prohibition,” the latest story from the history factory of filmmaker Ken Burns, is set to run on PBS stations in October. It was co-directed by Lynn Novick and is a “first cousin” to the book, in Okrent’s words.” (…)
“Could any of this happen? It did, with Prohibition — the urge to dictate the private actions of citizens is a character trait that has never left the American gene pool.”