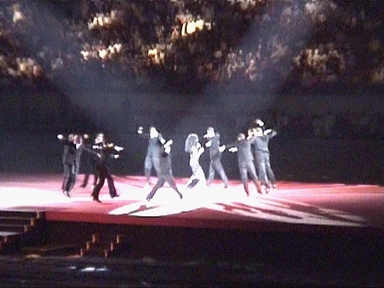 The International Herald Tribune reports: ‘The Eurovision Song Contest, an annual event that proves that European popular culture can take itself just as seriously as the American variety, has created a semi-scandal of its own, with the suggestion that the contest might ban this year's Israeli entry, "Push the Button," because of a supposedly "inappropriate" political message.’

The song is even by my standards – and these standards are pretty low when it comes to popular music – bad.
But an inappropriate political message? Go to youtube and judge for yourself.