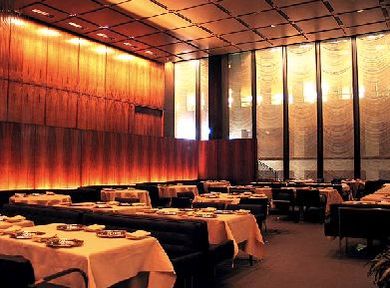 A restaurant critic bids us farewell.
Please, read this article by Sam Sifton:

(A friend alerted me to this article.)

'All criticism is argument. Mine has been from the start that restaurants are culture, and that there is no better perch from which to examine our shared values and beliefs, behavior and attitudes, than a seat in a restaurant dining room, observing life’s pageant in the presence of food and drink.
What follows is an accounting of some of the highlights I experienced, as well as some of my favorite images and experiences at the opposite end of the scale. (Chief among those: Nello Balan spitting into the daffodils set out in front of his restaurant on Madison Avenue. So “Game of Thrones”!)
Sometimes I was recognized by a restaurant’s staff. Once, at the Four Seasons, a diner pointed me out to Julian Niccolini, who is one of the restaurant’s owners and its voluble host. Mr. Niccolini gaped as if he were a character in a Dickens novel, then appeared to turn into Groucho Marx, then disappeared from view. Within seconds he was at my shoulder, complimenting the women at the table, insulting some Daily News reporters across the dining room, and showering my pasta with shavings of truffle, unbidden. It began to grow thick, as snow does on the sidewalk. Some may have fallen on my shoulder. Oh, how he laughed.'

Thank god, authors are unable to shower book critics with shavings of truffle. They might send them some truffles of course.