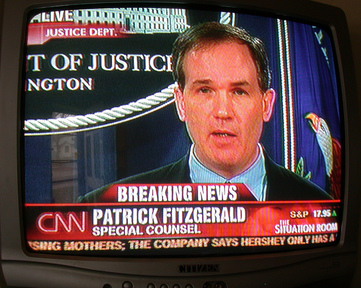 For anybody who has followed the news about Mr. Libby.
David Brooks in The New York Times: ‘Three years ago I said some pessimistic things on TV about the war in Iraq. Scooter Libby called the next day. Methodically, though with a touch of wryness in his voice, he ran down a list of the hopeful developments he thought I was ignoring. Then as we were signing off, he interrupted himself and said: “Anyway, that’s the positive spin. I can do the negative spin just as well.”’

A great quote: “I can do the negative spin just as well.”

I don’t want to brag about my talents, but man, give me any subject, from Jesus to New Zealand, and I give you the negative spin.