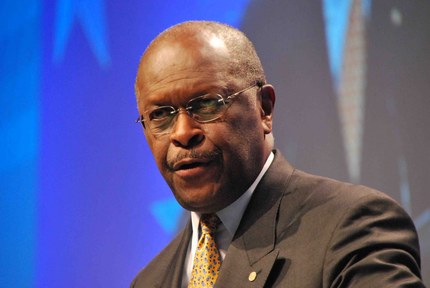 ‘Many of the far right’s worst racial demagogues are falling over themselves to help paint the picture.
Rush Limbaugh who once told a black caller to “take that bone out of your nose and call me back” slithered out from underneath his rock to defend Cain from “racial stereotypes” of “the real racists,” Democrats who would destroy Cain “à la Clarence Thomas.” He also added: “What’s next, folks? A cartoon on MSNBC showing Herman Cain with huge lips eating a watermelon?” Way to sneak that one in there, Rush. Obviously, this story needed some watermelon.
On Monday, Ann Coulter climbed off of her broom on “The Sean Hannity Show” to compare Cain to Thomas and to say that “if you are a conservative black, they will believe the most horrible sexualized fantasies of these uptight white women feminists.” She continued, that’s why “our blacks are so much better than their blacks” — “our” being the right and “their” being the left.
I know Media Attention Deficit Disorder is hard to treat, Ann, but seriously? Furthermore, Cain still has some very powerful backers with their hands on his back — the billionaires David and Charles Koch, the Tea Party puppeteers. On Friday, Cain spoke at their Americans for Prosperity event, proclaiming: “I am the Koch brothers’ brother from another mother.” Indeed.
At this point, this all seems to be working in Cain’s favor.’

And “I’m your brother from another mother” is a statement we all should remember. One day, it might help us breaking the ice.