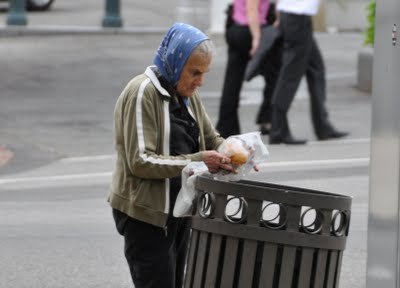 Charles M. Blow in The New York Times: "We learned this week that not only are there more poor people in America than had been previously reported, but that the only thing keeping millions more out of poverty are the very same social safety net programs that many Republicans despise.
For decades, experts on both sides of the poverty debate have complained that the official government measure is flawed because it doesn’t account for measures like benefits from government programs, health care costs or taxes.
So, to address those concerns, the Census Bureau this week released a Supplemental Poverty Measure, or S.P.M. The new measure changed the composition of the poor but found that it was a larger group — the official 2010 poverty rate was 15.2 percent, but the S.P.M. rate was 16 percent.
Even more important, the report highlighted the role government programs play in mitigating it. Many of these programs were expanded under the Obama administration with the much-maligned stimulus package. Now many of those expansions are scheduled to expire, and a new crop of callous Republicans threatens to not just trim the fat but to cut the meat."

"The Obama administration is far from perfect, and government is not beyond becoming bloated and being abused, but right is right and truth is truth: government can play a very positive role in protecting the less-well-off from the interests of the more-well-off, and this administration’s view of government is much more benevolent than those of the people who are seeking to unseat it.
That’s worth remembering."