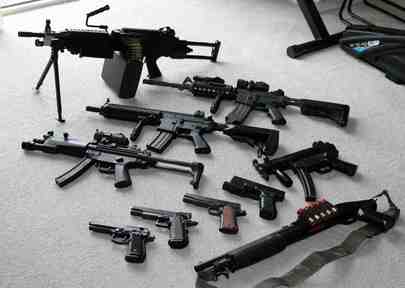 Timothy Egan on the site of the NY Times on American politics:

'How do you praise the sanctity of traditional heterosexual marriage when the best-known nuptials of the year, between a Kardashian and a basketball player, lasted all of 72 days? Or, for that matter, when a possible Republican nominee for president, Newt Gingrich, cares so much about marriage that he’s tried it three times?

You don’t. The above mockeries of marriage are just the latest reasons one of the most potent wedge issues of American politics — the banner of gays, guns and God — will have little impact next year.
This trio is usually trotted out in big swaths of the West, in rural or swing districts and in Southern states at the cusp of the Bible Belt. The proverbial three G’s was the explanation in Thomas Frank’s entertaining book “What’s the Matter With Kansas” for why poor, powerless whites would vote for a party that promises nothing but tax cuts for the rich.'

What would be the European equivalent of gays, guns and God?

No Muslims, no Europe, no socialists?