The language of war 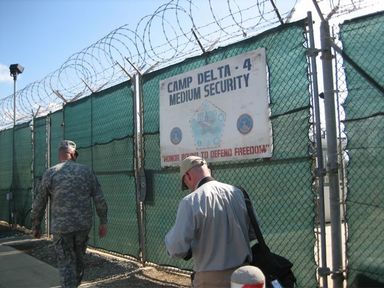 One of the fourteen “Big Fish” in Guantánamo Bay confessed according to The New York Times today.
Khalid Shaikh Mohammed said: “Because war, for sure, there will be victims. When I said I’m not happy that 3,000 been killed in America. I feel sorry even. I don’t like to kill children and the kids. Never Islam are, give me green light to kill peoples. Killing, as in the Christianity, Jews, and Islam, are prohibited. But there are exception of rule when you are killing people in Iraq. You said we have to do it. We don’t like Saddam. But this the way to deal with Saddam. Same thing you are saying. Same language you use, I use. When you are invading two-thirds of Mexican, you call your war manifest destiny. It up to you to call it what you want. But other side are calling you compressors.”

And also: “The language of war is victims.”

No reason to argue with Khalid Shaikh Mohammed’s last statement.