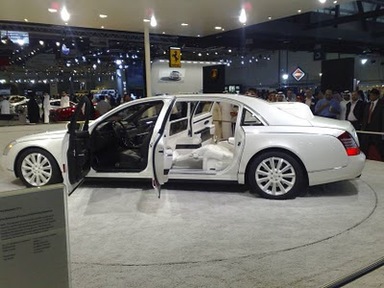 In the Gulf News of December 23: ‘Dubai: A manager has been accused of attempting to murder his ex-girlfriend by twice mowing her down with his car shortly after she asked him to chose between her or his wife — leaving her permanently disabled.
Prosecutors accused the 43-year-old French manager, A.E., of attempting to murder his 35-year-old Norwegian former lover when he threw her out of his car and reversed over her with the intention of killing her.
Medical records confirmed 35-year-old L.C. sustained 100 per cent permanent disability to her legs after the tyres went over her thighs and knees.
A.E., who is on bail, failed to appear before the Dubai Court of First Instance yesterday. According to the arraignment sheet, prosecutors said A.E. attempted to murder his ex-girlfriend when he threw her out of the passenger seat then reversed his car where she landed. As soon as he mowed her down, he drove off.’

The ex-girlfriend’s request wasn’t that unreasonable, but then again, no man wants to choose between his wife and his mistress.
Which is not to say that I’m trying to defend the actions of the French manager. This was probably a crime of passion, but a brutal one.