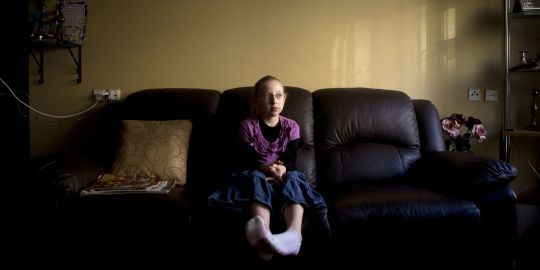 Isabel Kershner in the NY Times: ‘The latest battleground in Israel’s struggle over religious extremism covers little more than a square mile of this Jewish city situated between Jerusalem and Tel Aviv, and it has the unexpected public face of a blond, bespectacled second-grade girl.
She is Naama Margolese, 8, the daughter of American immigrants who are observant modern Orthodox Jews. An Israeli weekend television program told the story of how Naama had become terrified of walking to her elementary school here after ultra-Orthodox men spit on her, insulted her and called her a prostitute because her modest dress did not adhere exactly to their more rigorous dress code.
The country was outraged. Naama’s picture has appeared on the front pages of all the major Israeli newspapers. While Prime Minister Benjamin Netanyahu insisted Sunday that “Israel is a democratic, Western, liberal state” and pledged that “the public sphere in Israel will be open and safe for all,” there have been days of confrontation at focal points of friction here.
Ultra-Orthodox men and boys from the most stringent sects have hurled rocks and eggs at the police and journalists, shouting “Nazis” at the security forces and assailing female reporters with epithets like “shikse,” a derogatory Yiddish term for a non-Jewish woman or girl, and “whore.” Jews of varying degrees of orthodoxy and secularity headed to Beit Shemesh on Tuesday evening to join local residents in a protest numbering in the thousands against religious violence and fanaticism.
For many Israelis, this is not a fight over one little girl’s walk to school. It is a struggle that could shape the future character and soul of the country, against ultra-Orthodox zealots who have been increasingly encroaching on the public sphere with their strict interpretation of modesty rules, enforcing gender segregation and the exclusion of women.’

Zealotry is the enemy everywhere. True libertarianism is probably the best medicine.