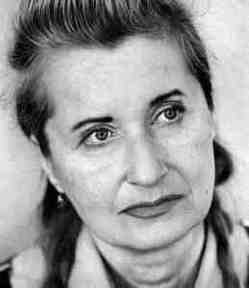 A while ago Tim Parks blogged about the merits of the Nobel Prize: “Remember that we’re talking about poems as well as novels and they’re coming from all over the world, many intensely engaged with cultures and literary traditions of which the members of the Swedish Academy understandably know little. So it’s a heterogeneous and taxing bunch of books these professors have to digest and compare, every year. Responding recently to criticism that in the last ten years seven prizes have gone to Europeans, Peter Englund, the president of the current jury, claimed its members were well equipped for English but concerned about their strengths in such languages as Indonesian. Fair enough.”

Tim Parks commented also on Elfriede Jelinek (Nobel Prize 2004): “Sometimes the jury clearly got their hands burned. Having received so many major literary prizes in Germany and Austria, the left-wing feminist Jelinek seemed a safe choice. But her work is ferocious, often quite indigestible (she’d never win a literary prize in say, Italy or England) and the novel Greed, in particular, which appeared shortly before the prize was awarded, was truly unreadable. I know because I tried, and tried again.”

(Read Tim Parks on Jelinek here. As far as I'm concerned Mr. Parks is too harsh on Jelinek.)

Per Wästberg,  President  of The Nobel Committee for Literature replied: “We have, of course, Mr. Parks, read even Jelinek’s Greed, though it was hard going. And so much else! For my part I try to read one book a day to keep ill health away. We master thirteen languages in the Academy but when we suspect a genius hidden in an unknown language we call on translators and oath-sworn experts to give us generous samples of that writer.”

The distinction between experts and oath-sworn experts is touching.

I consider myself an expert hoping to become an oath-sworn expert.