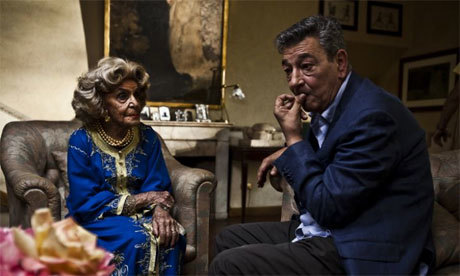 The movie “The Salt of Life” (Gianni e le donne) by Gianni di Gregorio is about a rather charming middle-aged man named Gianni, played by Gianni di Gregorio himself.
He has a mother who is not willing to die and a daughter who has a passable boyfriend. He himself is probably caught up in a sexless marriage and he entertains altogether decent fantasies about several women.
Tonight I went to see “The Salt of Life” in Lincoln Plaza Cinemas and the theater was packed with middle-aged men and middle-aged women.

I preferred “Mid-August Lunch” (Pranzo di ferragosto) by the same director, which is a movie about the same man with the same mother.

Both movies make clear that Italian men are happily castrated. Perhaps this is a small prize all men must pay for their entry ticket to civilization.