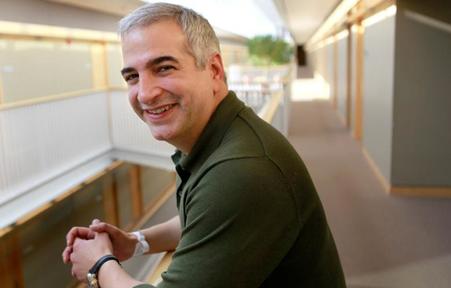 In case you’ve missed it, please read this article by the photographer Tyler Hicks about the last days of the reporter Anthony Shadid:

“It was damp and cold as Anthony Shadid and I crossed in darkness over the barbed-wire fence that separated Turkey from Syria last month. We were also crossing from peace into war, into the bloodiest conflict of the Arab Spring, exploding just up the rocky and sparsely wooded mountain we had to climb once inside.
The smugglers waiting for us had horses, though we learned they were not for us. They were to carry ammunition and supplies to the Free Syrian Army. That is the armed opposition group, made up largely of defectors from President Bashar al-Assad’s brutal army, we had come to interview, photograph and try to understand.
The ammunition seemed evidence of the risk we were taking — a risk we did not shoulder lightly. Anthony, who passionately documented the eruptions in the Arab world from Iraq to Libya for The New York Times, felt it was essential that journalists get into Syria, where about 7,000 people have been killed, largely out of the world’s view. We had spent months planning to stay safe.
It turned out the real danger was not the weapons but possibly the horses. Anthony was allergic. He did not know how badly.
He had a terrible allergic attack that first night after we crossed over the barbed wire. He had another attack a week later, as horses led us out of Syria, just 45 minutes from safety. He died during that attack, at only 43, his wife and nearly 2-year-old son waiting for him in Turkey.
He did not write his articles from our eventful week of reporting and shooting pictures in Syria; his notes, taken obsessively, are barely decipherable. But he would have wanted a record of this final trip, some hint of the questions we sought to answer: Who were these fighters, and did they have any chance of beating the Syrian government? How were they armed and organized? Was the conflict, as in Iraq, worsening sectarian tensions? Just who supported whom? Unlike Anthony, I do not speak Arabic. I’m a photographer who was most interested in capturing images from an expanding war zone. But I will do my best to convey a sense of what Syria, on edge, was like — in a week that invigorated Anthony as a reporter and witness. He could not wait to get back to write.”