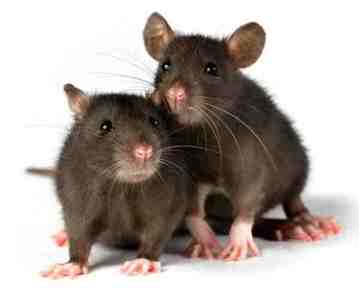 Today Schliesser sent me an e-mail in which he stated that I should take his original remark on disaster tourism seriously.

In my lecture at Leiden University in the fall of 2008 I mentioned Sem Dresden’s essay on holocaust literature. Dresden warns that the reader of holocaust literature might become a disaster tourist.
And it’s very well possible that we read Levi or Borowski with ulterior motives. But this doesn’t make their art unjust.

I would even hesitate to call Wilkomirski’s novel (‘Fragments”) about the camps, a novel that was originally published and praised as a memoir, unjust art. It fails as a novel I’m afraid and the falsification is doubtless immoral but to damn this failed work of art as “unjust art” is a bridge too far. It only proves that moralists are always attracted by fundamentalism, that’s why moralists despise irony so much.

But Schliesser explained to me that art as disaster tourism is more than that, it supports an unjust political system. The artist is just a factory worker in the big factory of the “society of the spectacle.” (Guy Debord coined this term.)
Fair enough, are often consists of some kind of spectacle. And since art is a commodity, Schliesser rightly stresses this point – the artist is seduced to produce “art” that sells. I’m not sure that subsidy is a remedy against this illness. The system of subsidy creates its own maladies.

My answer to Schliesser is: who isn’t a factory worker in the society of the spectacle? I’m very much aware of the fact that much art that claims to criticize the system, that sells itself as being critical, is in fact just one of the pillars supporting the system.
The artist in our societies (the West) is a conformist out of necessity and by temperament. He is too much dependent on an audience to not know what conformism is all about. He serves the powers that be with enthusiasm, especially when the artist claims to be an idealist is my experience.

Although this will be rare, even an opportunist can create interesting art.
And opportunistic, bad art is not the same as unjust art.

Introducing the term “unjust art” is a standing invitation to censorship that we don’t need and that is not going to solve anything.

And keep in mind that the censor is very much a factory worker in the society of the spectacle as well.

But then Schliesser said that some philosophers are poisoning the system that according to Schliesser needs to be destroyed and he added: “And I won’t rat them out to you.”

Finally it struck me. Schliesser is the head of a small but powerful resistance movement. Slowly poisoning the system with philosophical texts.

I repeat, Schliesser is a gem of a human being but when he is around the word “hubris” becomes a euphemism.