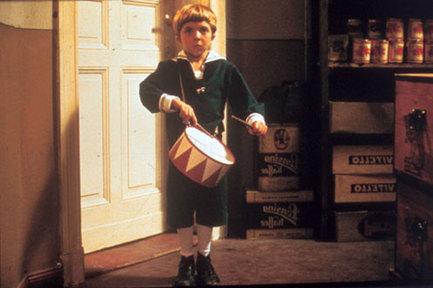 Eric Schliesser responded to my comments. Read these comments here, here and here.

Schliesser writes: “It is to Grunberg's credit that he has never taken on the pose of a critical or idealist artist, and that he (like Coetzee and Houellebecq) is self-aware about the role of art as entertainment in the society of the spectacle as well as the artist’s dependence on his mass audience. (We can understand the impenetrability of avant-garde art and of a few Continental philosophers as an attempt to prevent such dependence. But they never figured out what the appropriate accompanying political economy should be.) It's fair to interpret him as claiming that he knowingly serves the powers that be, but without enthusiasm. But unlike Agathon in the Symposium (a text we have co-taught), who exhibits similar self-awareness, but who apparently also craves for approval from the select (philosophical) few, Grunberg is more mistrustful of philosophy's tendency toward moralism and, especially, the totalitarianism that is a consequence of it.”

Whether I like Agathon crave for the approval from the select should be discussed another time.
Schliesser seems to say that the critical artist has become an oxymoron. It’s very well possible that the artist’s criticism actually serves the powers that be. Praise that is bestowed on the critical artist is always also an attempt to tame the artist. To be successful and critical is improbable. Although, one should not reach the conclusion that marginality is something to strive for.
Schliesser believes that the philosopher (opposed to the artist who is dependent on an audience) is able to poison the system, and I’m very much waiting to see this happen.

I would say that Schliesser and I agree on many points.

But when it comes to my opinion that introducing the term “unjust art” is an invitation to censorship Schliesser becomes a bit glib.

Schliesser writes: “In our times to call art "unjust" may just be thought another form of free publicity rather than a call for censorship.”

Schliesser’s flippancy reminded me of the infamous notes that the former Secretary of Defense, Mr. Rumsfeld, scribbled on a memo about torture of POW’s in US custody: "I stand for 8-10 hours a day. Why is standing [by prisoners] limited to four hours? D.R."
The Secretary of Defense defends torture by saying that he himself is constantly tortured.
And the philosopher defends censorship by saying: “Friends, it’s free publicity.”

If we take Schliesser’s comments seriously we could think that the ayatollah who decided that the death penalty was a just dessert for Mr. Rushdie, because he had dared to write “The Sanatic Verses” – unjust art according to the ayatollah – was just handling the publicity for Mr. Rushdie’s publisher.

I guess it’s better not to take this comment by Eric Schliesser too seriously.

Censorship seldom provokes free publicity. Not too long ago the highest court in Germany decided that a novel by Maxim Biller could not be published. The plaintiff was a woman who insisted that her privacy was violated. I don’t want to discuss the wisdom of the highest court in Germany in this particular case, I just want to point out that this example of censorship didn’t get Maxim Biller much free publicity.

Schliesser adds: “Moreover, even if somebody were to pay attention to philosophers' views, for most contemporary philosophers the urge to abolish or ameliorate injustice tends not to be translated into censorship,--we tend to be too convinced of the utter insignificance of art.”

We can call art “unjust art” Schliesser claims, but we should not worry about censorship, because we tend to be convinced that art anyhow is insignificant.

If we are convinced that art is insignificant then why bother at all, why call some art “unjust art” in the first place?

Again Schliesser: “It's only when unjust art were to be understood as, say, child-pornography that Grunberg's fears would make sense.”

I’d like to remind Schliesser that not too long ago Oklahoma County, Oklahoma, banned the movie “The Tin Drum” citing the state's obscenity laws.

In the Netherlands, and in other countries, drawings that depict sexually explicit activities with children are illegal. Both examples make clear that the crusade against child pornography can easily become a crusade against art that is judged undesirable.

Schliesser ends his entry with: “To become philosophical again we need to poke our own eyes out.”

In other words, we should stop watching the spectacle.

But it’s more urgent to realize that there are philosophers who criticize the bureaucratic state for its emptiness, (shouldn’t we be grateful for this emptiness? I shiver when I think of a bureaucratic state that is fighting its own emptiness) while being blind to the little Donald Rumsfeld lurking inside themselves.