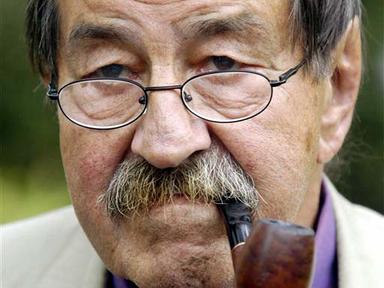 As is probably widely known by now Günter Grass wrote a poem about Israel and Iran.
Read the poem here.

Jennifer Schuessler and Alan Cowell wrote in The Times: ‘The government of Chancellor Angela Merkel, a strong ally of Israel, reacted more coolly. “There is artistic freedom in Germany,” a spokesman for Ms. Merkel said, according to a report on the Web site of The Guardian, “and there thankfully also is the freedom of the government not to have to comment on every artistic production.”’

The poem I’m afraid fails as a poem, and it isn't the strongest piece of agitprop I’ve seen either.

Frank Schirrmacher wrote an intelligent answer to this poem in the Frankfurt Allgemeine Zeitung. Read it here. (In German.)

The combination of political commitment and naiveness is a curse, for all people involved.