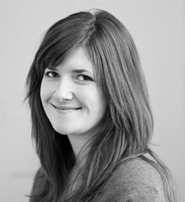 A friend took me to a book party at the home of Nicole Aragi and John Freeman, in honor of the author Claire Vaye Watkins.
I had never heard of Claire Vaye Watkins, but that doesn’t mean anything.
The party was definitely civilized and yet entertaining.
Two lavish cocktails were served, one was named “The Ghost”, the other was named “The Cowboy” – they were mixed, according to the invitation, by mixologist Eben Klemm. (I liked “The Ghost” the best.)
I didn’t speak to Claire Vaye Watkins, I didn’t even shake her hand, but I had an amusing conversation with a journalist who happened to be a comedian as well. And I left the party convinced that I’d like to reincarnate as a mixologist.
Actually, I’m pretty sure that I will reincarnate as a mixologist. According to the latest information available I’ll be a Japanese mixologist.