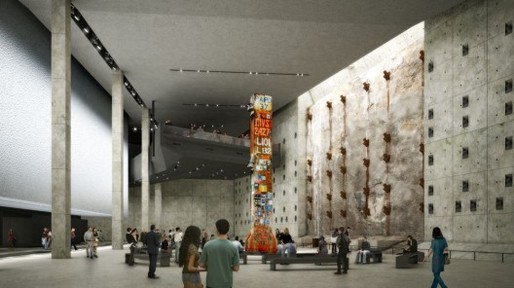 And something more about identity politics – Patricia Cohen in today’s IHT about the 9/11 museum:

'It seemed self-evident at the time: A museum devoted to documenting the events of Sept. 11, 2001, would have to include photographs of the hijackers who turned four passenger jets into missiles. Then two and a half years ago, plans to use the pictures were made public.
‘New York City’s fire chief protested that such a display would “honor” the terrorists who destroyed the World Trade Center. A New York Post editorial called the idea “appalling.” Groups representing rescuers, survivors and victims’ families asked how anyone could even think of showing the faces of the men who killed their relatives, colleagues and friends.
The anger took some museum officials by surprise.
“You don’t create a museum about the Holocaust and not say that it was the Nazis who did it,” said Joseph Daniels, chief executive of the memorial and museum foundation.
Such are the exquisite sensitivities that surround every detail in the creation of the National September 11 Memorial Museum, which is being built on land that many revere as hallowed ground.’

It’s the horror that sanctifies the site. Not even colonel Kurtz though of this. But of course, this process of sanctification has been on display in at least some of the concentration camps in Europe as well. The horrors of the past remind us of the sublime, the horrors of the present are never sublime.