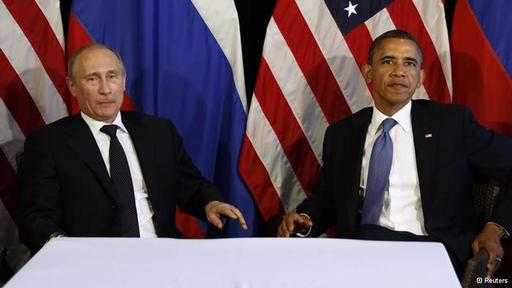 ‘But American officials did not try hard to paint the meeting between the men as full of bonhomie and good cheer. “I thought the chemistry was very businesslike, cordial,” Michael McFaul, the United States ambassador to Russia, told reporters in an effort to push back against any negative impressions the body language between the two presidents might have suggested. “There was nothing extraordinary” about Mr. Putin’s dour demeanor, Mr. McFaul said. “That’s the way he looks, that’s the way he acts.”’

That’s the way he looks, that's he way he acts, is the best excuse ever for most if not all politicians.