The death of a television show 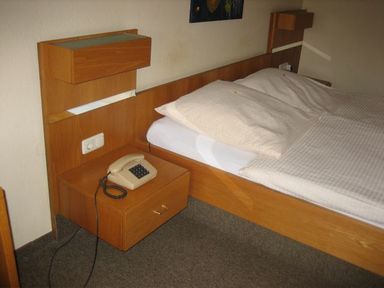 The Dutch author Willem Frederik Hermans once said in an interview (one of his last interviews): “Success is boring.” I happen to agree wholeheartedly with this statement.
Tuesday at 11 I had a meeting with my “account manager” at the Bank of Ireland. Once upon a time he asked me: “Do you play golf?” On Wednesday I renewed my lease for my apartment on Harcourt Street, Dublin. The real estate broker was as kind as she could be.
On Thursday I flew back to New York where I had dinner with three young men: the crew of the television show RAM. The show died in 2005, shortly after I became its host.
And tonight my dsl-connection turned out to be not that fast anymore, to be precise: not even slow.
But using a dial-up connection is so romantic.