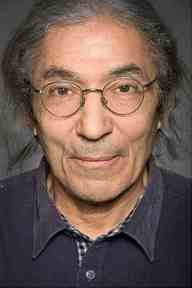 Maïa de la Baum writes in yesterday’s Times: ‘Arab diplomats in France have been sharply criticized for quietly withdrawing the prize money for a literary award because the winner, a famous Algerian novelist, visited Israel, with many here denouncing what they call an unacceptable incursion of politics into art.
The anger has been building in the French press since the award, minus the prize money, was handed out by a publishing company last month instead. The head of the jury resigned temporarily in protest.
The group of 22 diplomats under fire, who are from Arab League nations and have sponsored the prize for three years, said little, except that they were following the policies of their countries, which remain in a formal state of war with Israel.
The winner, Boualem Sansal, 63, a former engineer who began writing novels at 50 and became highly acclaimed, was scheduled to receive the Prix du Roman Arabe (the Arab Novel Prize) for his book “Rue Darwin” (“Darwin Street”). But in May, he spoke at a literary festival in Israel, and afterward Hamas, the Palestinian Islamist group that runs Gaza, said he had committed “an act of treason against the Palestinian people.” Arab ambassadors based in Paris later wrote the jury that they had decided to cancel the ceremony and withdraw the 15,000 euros in prize money, about $19,000, “due to the current events in the Arab world.” Mr. Sansal was incensed. “The Arab ambassadors have no right to behave in such way,” he said in a telephone interview on Tuesday from Boumerdès, a city near Algiers where he lives. “Those people don’t respect anything, especially the country they live in.” Describing his time in Israel, he said he had been a guest of the third International Writers Festival in Jerusalem and had spoken about Israeli settlements on a panel with Israeli authors. He said he had described the settlements as an element of occupation and not as a “colony.” In general, the French use the word “colonists” to describe the settlers.
An official at the Arab League office in Paris, insisting on anonymity, said that “the ambassadors stopped sponsoring the prize after Mr. Sansal went to Israel, where he said that the colonization of occupied territory was nonexistent.” Mr. Sansal denied that characterization and objected that his words were being twisted.’

I was present at this festival, actually I did an event together with Mr. Sansal and the Dutch writer Herman Koch.

Hypocrisy and civilization go hand in hand, but some overdo it.

Authors can scratch the backs of dictators with impunity, but they cannot visit a literary festival in Jeruzalem.

I haven’t read Mr. Sansal’s books, he struck me during the event as a charming but rather chaotic man, but the international community of authors could collect 15.000 euros for Mr. Sansal. To support Mr. Sansal and to teach these Arab diplomats what “repressive tolerance” is all about.